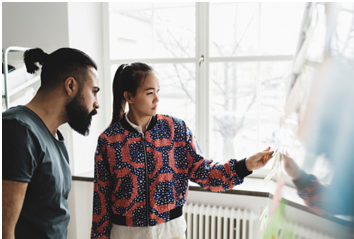 Harris Public Policy has offered the following courses as part of The Pearson Institute’s academic programming. These courses create an intellectual context for conflict study and introduce students to new tools and methodologies.

Conflict in South and Southeast Asia

This course, taught by Austin Wright, traces the emergence, spread, and decline of insurgencies across South and Southeast Asia. Wright uses cutting-edge theoretical and quantitative research to examine the causes of each conflict, from the Naxalite Insurgency in India to the varied separatist movements in Indonesia, and draws on in-depth case studies of various counterinsurgency strategies to assess how these conflicts were or might be resolved through the cooperation between local and international actors.

This course, taught by Anjali Adukia, explores policy issues related to education in developing contexts. It draws mainly on literature from development economics. Students will analyze education policies and reforms, linking relevant research findings to policy and practice. Topics include discrimination and inclusion in education, factors that influence educational decisions, provision of basic needs in schools, teacher pay and incentives, school choice, early childhood education, and education in emergency settings. Through this exploration, students will learn to draw upon causal economic evidence when designing policy to improve educational outcomes in developing contexts. This course is open to master’s students.

Focusing on Latin America, this course is about economic policymaking in practice and is taught by Ximena Cadena, a visiting lecturer. One overarching theme of this course is why, in spite of a widespread understanding of a desirable course of action, are policies not optimal in design? Exploring the various obstacles to effective fiscal and social policymaking, such as issues of political economy, lack of resources, and intergovernmental coordination, students will draw from the macroeconomic and political economy literature as well as Cadena’s firsthand experience in Colombia. This course is for master’s students.

Christopher Blattman leads this course, and it tackles a number of “big questions”: Why are some people and places poorer and more violent than others? What can domestic reformers and idealistic foreigners do to reduce poverty and conflict? What role (if any) should the West play in the future? Can any of the things the West does—aid, peacekeeping, military intervention, democracy promotion, state-building—make a difference? Can they make things worse? Why do so many programs, reforms, and organizations sound good on paper, but then turn out to be so dysfunctional in practice? This course draws from economics, political science, history, and sociology to try to understand the causes of and possible solutions to poverty, political instability, and political dysfunction. This course is open to master’s students.

The Political Economy of Natural Resources

The main objective of the course, taught by Luis Martinez, is to provide students with a thorough overview of existing knowledge on the political and economic consequences of natural resource wealth. The course combines theoretical models and empirical evidence in an attempt to disentangle what we know (and don't know) about the relationship between natural resources and various political and economic outcomes. It will also provide a setting for the discussion and evaluation of various policies for the management and use of natural resource wealth. Methodologically, the course aims to help students develop and refine their analytical and presentational skills by having them write reading reports on academic papers and by working on a research or policy project throughout the quarter. The course is open to both undergraduate and master’s students.

Led by Alicia Menendez, this course focuses on the microeconomic fundamentals of economic development. By drawing on empirical evidence from developing economies and literature from the fields of development economics, education, and public health, students will study the causes of poverty and underdevelopment, poverty measurement issues, and policies to improve well-being. Students will concentrate on such topics as nutrition and health, education, labor markets, intra-household allocation of resources, and foreign aid. This course is for master’s students.

This course, taught by Kara Ross Camarena, examined issues related to migration and security. Classes covered a variety of topics, including the costs and benefits of emigration, irregular migration, human smuggling and trafficking, seeking asylum, forced migration in war, encampment and refugees, the international coordination of refugees, diaspora engagement, and return migration.

The focus of this course, taught by James Robinson and visiting scholar Tomás Straka, is how to understand the long-run institutional development of Latin America, the nature of the state, and how Latin American states have diverged from those of North America. Is Latin America a failed version of the United States, as much of political economy seems to imply, or it is something conceptually and qualitatively different? If this latter situation is right, then the fact that Latin American states have moved along different paths from North America is not surprising, or even a “failure.” It is true that Latin American states have been less successful at providing order, law, and basic public goods, and have also been far more prone to political instability, even revolution. Per capital income levels are far below (around 20 percent on average) North American levels. Autocracy, warlordism (caudillismo), and dictatorship have also stalked Latin American history for the last 200 years in a way that has not been true of North America. Concepts such as “bureaucratic authoritarianism” were innovated to describe Latin American political development, while North America inspired no such concept. However, in China, the 200 years before the 1970s were very bad, but it turned out to have all sorts of latent advantages that were not evidence until some key institutions were in place. Could the same be true of Latin America?

Violence in the Early Years

This course will address issues related to children’s exposure to violence and is taught by Anjali Adukia. Relevant topics include, but are not limited to, the history of violence against children; violence in the home; the impacts of violence on biology; interpersonal violence; sexual abuse; children’s literature; school-related violence; structural violence as it pertains to race, sex, and sexual orientation; and other policy-relevant issues related to violence in children’s lives. Through an interdisciplinary literature, students will analyze policies and reforms, review relevant research on each topic, and examine implications of the findings to policy and practice. This course is open to both master’s and undergraduate students.

James Robinson taught this course on comparative development through the lens of political economy of institutions. The first half of the course focuses on Robinson's book, Why Nations Fail, which provides the core of the readings and topics. The second half of the course delves more deeply into the dynamics of political institutions and addresses some of the questions introduced in the book.