Kara Frederick is a Research Fellow in the Center for Technology Policy at The Heritage Foundation. Her research focuses on “Big Tech” and emerging technology policy.

Prior to joining Heritage, she was a Fellow for the Technology and National Security Program at the Center for a New American Security (CNAS), where she concentrated on high-tech illiberalism, data privacy, and digital surveillance.

Before CNAS, Frederick helped create and lead Facebook’s Global Security Counterterrorism Analysis Program. She was also the team lead for Facebook Headquarters’ Regional Intelligence Team in Menlo Park, California. Prior to Facebook, she was a Senior Intelligence Analyst for a U.S. Naval Special Warfare Command and spent six years as a counterterrorism analyst at the Department of Defense. While at the Department of Defense, she deployed three times to Afghanistan in support of special operations forces, served as a briefer to the Assistant Secretary of Defense for Special Operations/Low Intensity Conflict, and was a liaison to the National Security Agency.

Frederick is a regular guest on Fox News and Fox Business and has been interviewed on CBS’s 60 Minutes, CNBC, C-SPAN, NPR, BBC, Voice of America, and other national and international programs. She has been published in The Wall Street Journal, Foreign Affairs, Foreign Policy, War on the Rocks, Manhattan Institute’s City Journal, and C4ISRNet, as well as quoted in The New York Times, The Washington Post, Los Angeles Times, USA Today, The Economist, Bloomberg, Axios, POLITICO, The Hill, Defense One, and more.

Frederick has testified before the Senate Judiciary Subcommittee on Crime and Terrorism and spent two years as a lecturer on technology and international affairs at the George Washington University’s Elliott School of International Affairs in Washington, DC. She is currently a Fellow with the National Security Institute at George Mason University’s Antonin Scalia Law School.

She received her MA in war studies from King’s College London and her BA in foreign affairs and history from the University of Virginia, where she played Division I soccer. 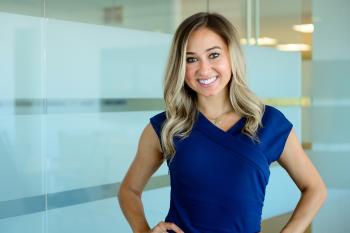