Karen Elliott House, former publisher of the Wall Street Journal, is a broadly experienced business executive with particular expertise and experience in international affairs stemming from a distinguished career as a Pulitzer Prize–winning reporter and editor.

House is author of On Saudi Arabia: Its People, Past, Religious, Fault Lines—and Future, published by Knopf in 2012. She also is an Adjunct Senior Fellow at the Belfer Center for Science and International Affairs at Harvard’s Kennedy School of Government and has taught Mideast politics at Pepperdine University’s School of Public Policy for three years. She recently retired as Chairman of the Board of the RAND Corp.

House served as publisher from 2002 until her retirement in 2006 and in that role was responsible for all news, editorial, sales, and other business functions of the Wall Street Journal and its editions around the world. From 1989 to 2002 she led the Journal’s overseas editions and television channels in Europe and Asia.

During a 32-year career with Dow Jones and the Wall Street Journal, House also served as foreign editor, diplomatic correspondent, and energy correspondent based in Washington, DC. Her journalism awards include a Pulitzer Prize for international reporting for coverage of the Middle East (1984), two Overseas Press Club awards for coverage of the Middle East and of Islam, and the Edwin M. Hood Award for Excellence in Diplomatic Reporting for a series on Saudi Arabia (1982).

She has served and continues to serve on multiple nonprofit boards, including the Trilateral Commission, the Council on Foreign Relations, the Asia Society, and Boston University. She also is a member of the advisory board of the College of Communication at the University of Texas.

She is a graduate of the UT Austin with a BA in journalism, where in 1996 she was the recipient of the University’s Distinguished Alumnus Award. She studied and taught at Harvard University’s Institute of Politics and she holds honorary degrees from Boston University (2003) and Lafayette College (1992). 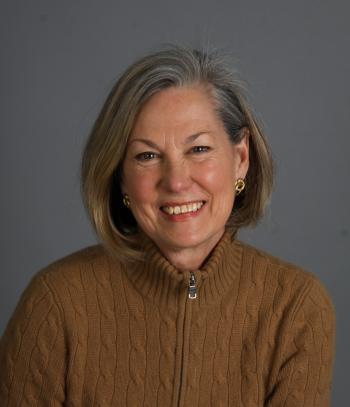